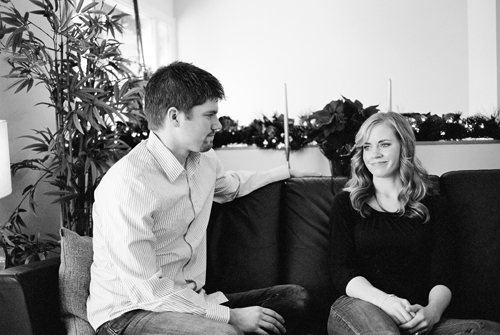 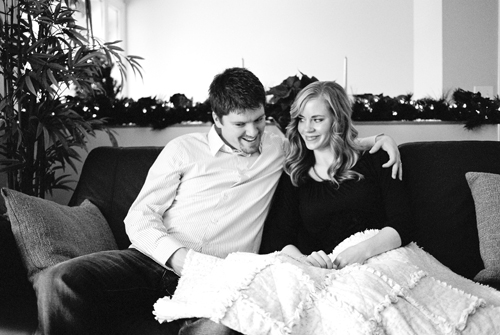 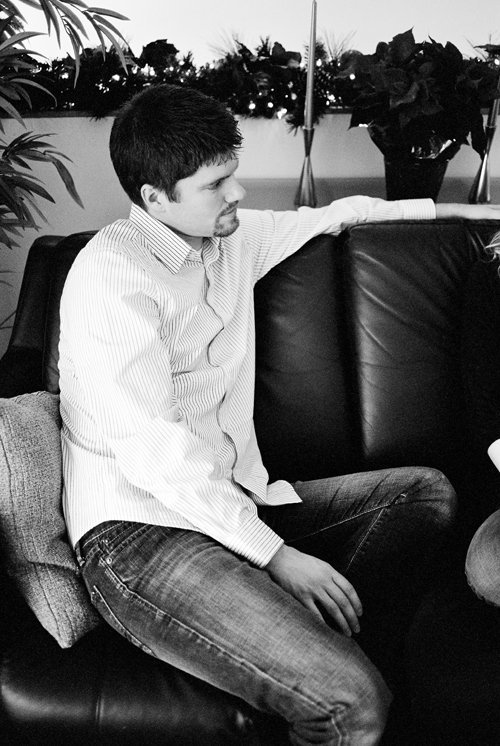 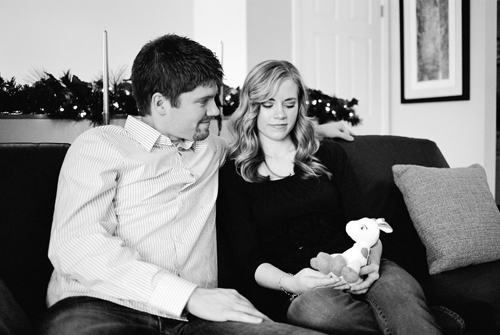 This is a continuation of yesterday's post. Today we have Matt's perspective on dealing with infertility. Thank you Matt for being part of this project!
----------

When Stephanie and I initially decided to have children, my desire was not nearly as strong as hers.  I was not opposed to having children, but I was also in no hurry.  After several months of no success Stephanie became quite discouraged, and I felt sad about the situation, but mainly because of how it was affecting Stephanie.

As time went on we each had some tests done, and we were told that there weren’t any issues on my side of the equation, so we turned our attention to resolving some minor concerns on Stephanie’s side.  About a year later, during another appointment with our fertility specialist, it was discovered that we had been given the wrong test results and that our infertility issues were primarily mine.  In light of this newly discovered information, our doctor suggested either IUI or surgery as our next possible options.

We decided to try IUI, but during the actual procedure we were told that our chances of pregnancy through this treatment were small.  My latest test had worse results than the last, so our IUI attempt was essentially done in vain.  We then elected to undergo surgery and a few months later discovered that the surgery didn’t change much.  At this point we had spent thousands of dollars with absolutely no results.  We had wasted over a year pursuing solutions for problems that did not exist, and all the while I had the real infertility problems and the condition was worsening each month, which meant our chances of pregnancy were steadily diminishing.  I was at my wits end with the doctor and his seemingly incompetent staff.  I was so frustrated with the situation that I even considered filing a medical malpractice suit.  Ultimately cooler heads prevailed and we ended up firing that particular doctor and fertility clinic.  At last we resigned ourselves to the fact that we were facing a trial over which we had very little, if any, control.  Our options at this point were IVF or a miracle—both of which were out of my hands because I’m not wealthy, and I’m not God.

Month after month for the next year and a half was like being stuck on an endless roller coaster—and those who know me well know that I despise roller coasters.  It was particularly difficult for Stephanie because she would have many months when she thought she was pregnant only to sadly have her hopes dashed with a negative pregnancy test.   What added to the pain of being unable to have kids was the fact that our infertility at this point was mainly male-factor, and it broke my heart every month to see Stephanie longing, crying, and suffering because I was powerless to help her realize her greatest dream of becoming a mom.

My desire for children grew with each passing day, but as time went on, I think I became somewhat jaded with the entire situation.  I was never bitter toward Heavenly Father about our predicament, but I felt as if I had become emotionally numb to our infertility.  I decided to quit worrying about it altogether.  I knew that at this point there was nothing I could do and that it would only add more stress to my life if I spent any more time fussing over infertility.  Despite my attempts to block this trial from my mind, I was largely unsuccessful in ignoring it because of how it affected Stephanie each day.  Sometimes even the simple things like attending church became unbearable with a chapel full of so many beautiful babies.  Facebook, it seemed, had become a dispenser of discouragement.  So many friends and family posted adorable photos and videos of their kids, and each post seemed to mock us with the thought that we would never enjoy similar experiences with our own children.

With in vitro as the only option, we decided to learn more about the process.  Naturally, this only added more stress to the situation when I realized it would cost $20,000 for the treatment option that best fit our needs.  I had just started my first year of studies at one of the most expensive law schools in the country, and the thought of having to spend $20,000 that I did not have weighed heavily on my mind. To be absolutely powerless in solving a problem that has been so difficult for Stephanie and me has been a truly humbling experience.

Through it all, I can honestly say that this heavy burden, as discouraging as it is at times, has been one of the greatest blessings in my life.  Struggling through infertility with my best friend has been a strengthening force in our marriage.  I am closer to my wife because of our infertility.  I better understand her desires and her dreams.  I have also had the blessing of seeing so much good in other people.  Total strangers have reached out from all over the country to provide counsel, assistance, and resources in our quest for parenthood.  What a privilege and comfort it is to know that Heavenly Father places people in the position to be able to help those in need, and I have no doubt that He has had His hand in our lives, and particularly this trial, from day one.

My greatest desire is to have and raise children.  I can’t wait to rediscover all the beauties and wonders of this world with them.  Children are so optimistic.  They find pure joy in the simple things in life—the things that really matter.  I know that fatherhood will be the greatest joy in my life, and I cannot wait.

If you would like to help us on our journey to parenthood you can make a donation through Pound the Pavement for Parenthood here and/or share our story with family and friends and encourage them to make a donation.  Every little bit will help us reach our goal!  Please keep us in your prayers.Love,Matt and Steph

if you are interested in participating in this project, please email me at jackienorrisphoto @ gmail.com

To see more of the infertility and pregnancy loss project, click here.