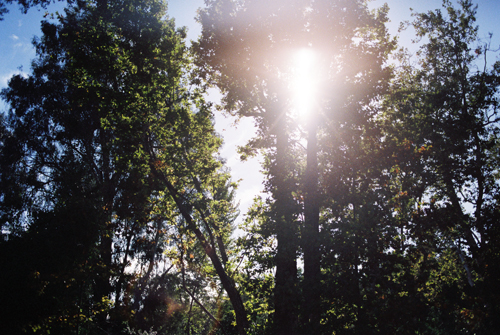 Heather is a friend of mine who lives in Iowa. She was kind enough to share her story, even though we weren't able to do a photo shoot. She has since had her baby girl, Ellie Nicole on November 3. Congratulations, Heather and Clint!

Clint and I were married in August 2008. After a little over a year we both felt like it was time to start our family. We knew it would probably be a little difficult for us because I didn’t ovulate regularly. I tried using ovulation tests and taking my base temperature, but neither seemed to help. After trying on our own for a little over a year, we decided to go to a doctor and see if we could try Chlomid.
At my first doctor’s visit, I explained our situation and told my doctor that I wanted to try Chlomid. She informed me that our insurance would cover diagnosis, but not infertility treatment. Because of this, she suggested that we do some other tests before starting Chlomid to make sure there weren’t any other problems so that we wouldn’t have to pay for the tests later on.
After about 3 months of lots of tests my doctor concluded that there weren’t any additional problems and that we should go ahead with Chlomid. I was a little annoyed that I had gone through all of that just for her to tell me what I already knew, but I guess better safe than sorry, right?
So I started Chlomid. A little while later we started getting bills for all the tests they had done that our insurance was supposed to cover. We went back and forth between the insurance company and the doctor’s office, each blaming the other for the uncovered costs. After everything, we ended up having to pay for most of the tests which had all turned out to be unnecessary. Needless to say, the stress of dealing with all of that didn’t make trying to get pregnant any easier.
After being on Chlomid for 3 months, I still wasn’t pregnant. My doctor’s office told me that they would no longer work with me and that if I wanted to continue going to a doctor that I needed to see a specialist. I was really upset that they were just blowing me off after 3 months and wished we had a little more time to try using Chlomid. I felt like there wasn’t anything a specialist would tell me that I didn’t already know. I was kind of fed up with doctors, so I felt like I needed a break from them.
Over the next few months we still kept trying to get pregnant but started to think about our other options. I had always thought it would be a great experience to adopt, but always figured I would have my own kids first and then think about it. But maybe we should adopt first and our own kids would come later. Or maybe we should try going to a specialist and see what they had to say.
In March of this year I told myself (and God) that I was giving it one more month. If I wasn’t pregnant by April I was done trying. I had been on an emotional rollercoaster for 2 ½ years and I was exhausted.
I guess God knows our limits because at the end of March we found out that I was pregnant! So far things have been going really well with the pregnancy. Our little girl is due December 4th and we couldn’t be more excited to meet her!
I know that everything happens for a reason. Looking back on our experience, I can see some reasons why maybe things needed to happen the way they did. But in the midst of a trial, it’s never easy to see why you have to go through it. It was so easy to feel discouraged, hopeless and broken. Satan definitely worked hard on me during this time. But I had an important lesson to learn. Sometimes having faith doesn’t mean that everything will work out the way you want it to. Sometimes your faith is simply what helps you make it through.

if you are interested in participating in this project, please email me at jackienorrisphoto @ gmail.com

To see more of the infertility and pregnancy loss project, click here.
Posted by Jackie Norris at 12:30 AM

Email ThisBlogThis!Share to TwitterShare to FacebookShare to Pinterest
Labels: infertility and pregnancy loss